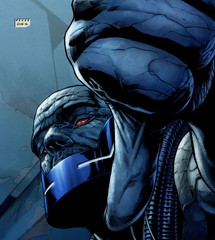 I never thought I’d be friends with Darkseid. He had his own crew anyway. They were a pretty rough sort, and I saw the way he treated them. But, still, he had an attraction to him, a kind of craziness that had a gravitational pull. And he was crazy – single-mindedly crazy. I heard a lot of things about him. That he vaped a guy with his eyes. That he barked like a dog in a lost kid’s face. That he beat a man to death in Austin over a five dollar debt, bit a woman’s finger off when she was waving it at him. His craziness seemed strange and unfathomable, like it mattered. 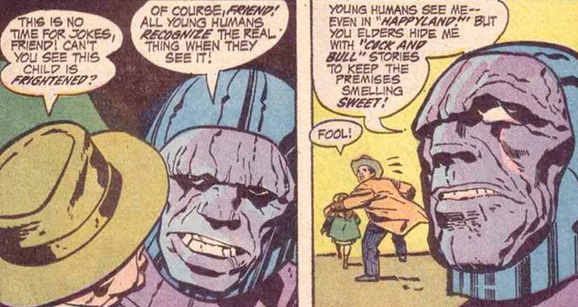 I never thought I’d be friends with Darkseid, and I didn’t think I wanted to be either. But when he called me, I answered. It was always favors, mostly rides. His crew could probably have done it, but he didn’t like them much. Eighth and Vine Street. Riverside and Pleasant Valley. Twenty-Second and Main. There would be days where I’d be holed up in the apartment, dodging phone calls or emails from friends and family, sometimes just lying in bed and trying to pass the time away, but if it was Darkseid calling, off I’d go.

This time, he didn’t tell me where we were going. He tossed a duffel bag in the back and took a seat, told me to start driving, and barked out directions every few minutes. I kept glancing over at him, and his eyes were sometimes smoldering red coals, sometimes just white slits. It was getting darker and we were getting further from the city, but he hadn’t told me to stop yet. We’d pass a farm house or barn every few miles, and he’d just shake his head and grunt. Eventually, he told me to stop, and I hit the brakes. Slowly, laboriously, he unfolded himself from my car – it was a marvel he even fit in my Civic. He started unpacking his duffel while I looked around. A few hundred feet from the road was a little rundown shed, still important enough for its owners that a lock was on the door. A few hundred feet beyond that was a little house. Nobodies for Darkseid. 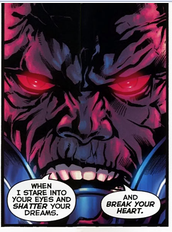 The duffel, it turned out, had a bunch of tins of lighter fluid, a few packs of matches, and a pair of mismatched old shoes. Over the next twenty minutes, he popped tin after tin and sprayed it on the shed. I sat there on the hood of the car in silence, trying not to inhale the acrid scent, kind of wishing I were dead. It took him ten or fifteen tries for him to get a match to stay lit when he threw it at the barn, but when it did, oh boy. I wondered for a second why he didn’t use his eye lasers or micro-mark nanobots, but then I knew why. It was the same reason he wasn’t sending his cronies to do this and came himself.

A couple minutes later, when the fire was really going, I heard a door slam. I guess the shed’s owner had seen the flames, and he came running out in a sweatshirt and boxers. Then I heard it, like screaming, but too high pitched, a squealing whine that made my bones judder. He was screaming, too, about his babies, about his bunnies, about his babies. He paced around the shed, flailing his arms, tearing out his hair, too scared, too smart to try to get in. His face was covered with snot and tears. I looked at Darkseid’s face, a stony crag, expressionless, silent, not even a smile.

Posted in Uncategorized | Leave a comment
Posted on August 31, 2011 by fourthage

In his blog Greg Rucka writes,

Pet peeve time: for the contingent out there who sneer at heroes like Superman and Wonder Woman and Captain America, those icons who still, at their core, represent selfless sacrifice for the greater good, and who justify their contempt by saying, oh, it’s so unrealistic, no one would ever be so noble… grow up. Seriously. Cynicism is not maturity, do not mistake the one for the other. If you truly cannot accept a story where someone does the right thing because it’s the right thing to do, that says far more about who you are than these characters.

Panels of the Week 9

One of the most memorable episodes in Seaguy volume 2 is his short stint as El Macho, the greatest bull dresser in the world. 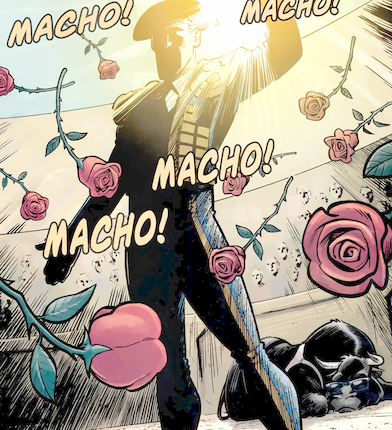 I think about Seaguy often and don’t need much of a reason to make a post about him. But I was reminded of this by Bruce Wayne’s visit to Argentina in Batman Inc. 3 and his dance of the TANGO OF DEATH with the villainous SCORPIANA. 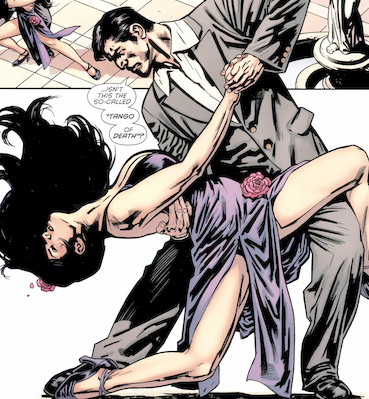 It’s strange that of all of Morrison’s mainstream stuff, his work on Batman has been the most reminiscent of his work on Seaguy.

"The crow was sucking cock for a reason": The Unfunnies 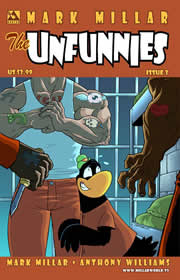 I still read the occasional Warren Ellis book because even if I sometimes find him distasteful or a little lazy in his writing, he usually is still dealing with the kernel of a good idea. I don’t think I can say the same of Mark Millar, and I don’t know why I sometimes still read his work. Millar has called The Unfunnies the “most uncompromising thing” he’s ever written and says he’s “immensely proud” of it; I think it’s repulsive and wholly representative of him as a writer. When I discuss it below, I’m going to spoil it, to the extent that it can be spoiled. You should never read it.

END_OF_DOCUMENT_TOKEN_TO_BE_REPLACED 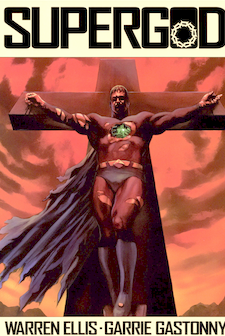 I’m pretty sure Warren Ellis doesn’t like superheroes very much, though he’s certainly still managed to write more than a few bang-up superhero comics. But I haven’t read any from him lately.

END_OF_DOCUMENT_TOKEN_TO_BE_REPLACED

It’s not so flashy; but it’s funny and informative. Here, Bruce trolls the internet, spreading information and disinformation 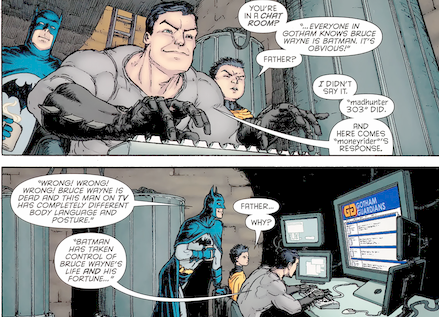 Posted in Panel of the Week | Leave a comment

"Some say Batman died and came back as a kind of god": More Batman, Inc.

While Superman was recently courting controversy by relinquishing his American citizenship, Batman went international too. He never really represented America in the manner Superman did to begin with.

END_OF_DOCUMENT_TOKEN_TO_BE_REPLACED

Panel of the Week #?

I’ve been doing a horrid job with this blog lately, I know, but I simply haven’t gotten to read many comics lately. Most recently, on a tip from a friend, I checked out Nick Spencer and RB Silva’s Jimmy Olsen. I never would have picked it up in a million years without his recommendation; every Jimmy Olsen I’ve seen over the last couple decades has fallen short, with the notable exception of Morrison’s. Like Morrison, Spencer understands the character: he’s not stupid, boring, or a perpetual squire in distress. He’s cool, and Superman is his pal for good reason. This panel, though, is of Lois, who is pledging to help him find a new girlfriend (it turns out she was lying). She looks strange, even deranged; actually, her look here very much reminds me of something from Young Liars. She’s a character that has rarely been done well either, I guess.

Someday soon, I’ll get back to posting regularly, starting with a post on Gruenwald’s Squadron Supreme. In the mean time, here’s some Marvel Cats. 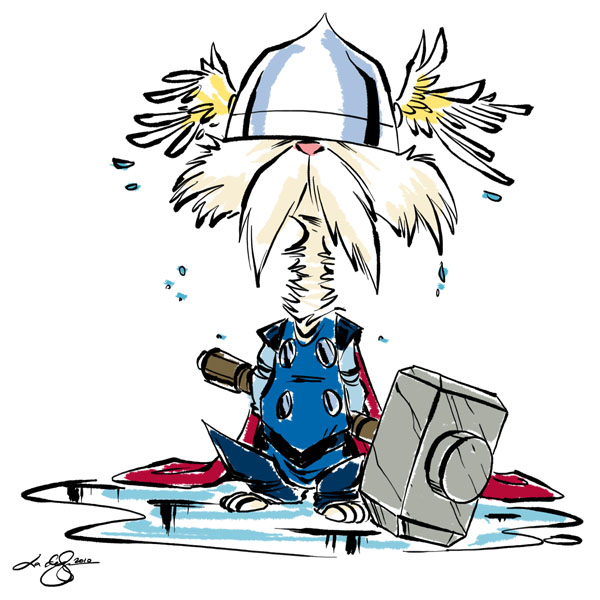 Panel of the Week 6

I’ve been sick lately and have pretty much been out of commission, but I hope to be back in the saddle soon. In the mean time, I’ve been reading 52, or at least some of it. I can’t stand some of the plots and characters – anything involving Steel in particular gets on my nerves. I hated him even back when he first debuted in 1993 when I was a feckless boy.

Some parts are really good though. I’m not always sure which of the five authors wrote what, but I’m certain that Morrison is responsible for the adventures of Animal Man, Dr. Strange, and Starfire in space. Early on, they meet Lobo, who has become the archbishop in the church of a Triple Fish God and sworn an oath of nonviolence. He’s accompanied by a floating, talking space dolphin. In the panel above from 52 #37, Lobo and the Dolphin speak some words over Animal Man’s corpse (don’t worry, he gets up on the next page).

Remind anyone of another partnership? 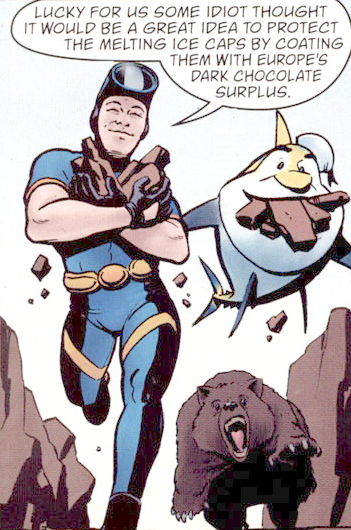 The talking space dolphin doesn’t talk nearly as much trash as Chubby, though he does have a pivotal scene where he convinces Lobo to give up his vow of non-violence  by convincing him that a client is calling him a coward. That actually ends pretty well for everyone. 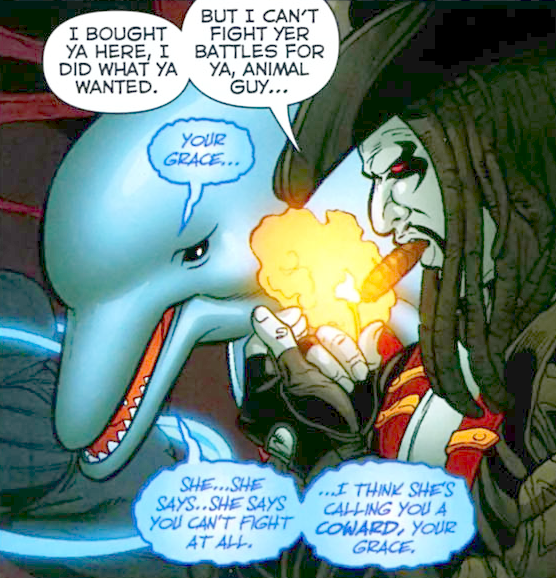